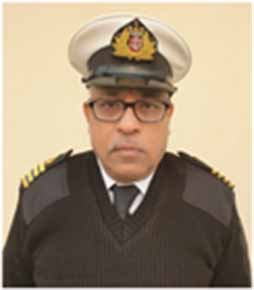 The author graduated in Mech. Engg. from NIT Bhopal in 1980, completed his Merchant Navy Pre-Sea Training from MERI Mumbai in 1983, and joined as Junior Engineer with SCI. He had a sea career of more than two decades, and worked as Chief Engineer for over a decade in Indian & Foreign Shipping Companies. Later, he joined International Maritime Institute, Greater Noida, and has been teaching for more than a decade.