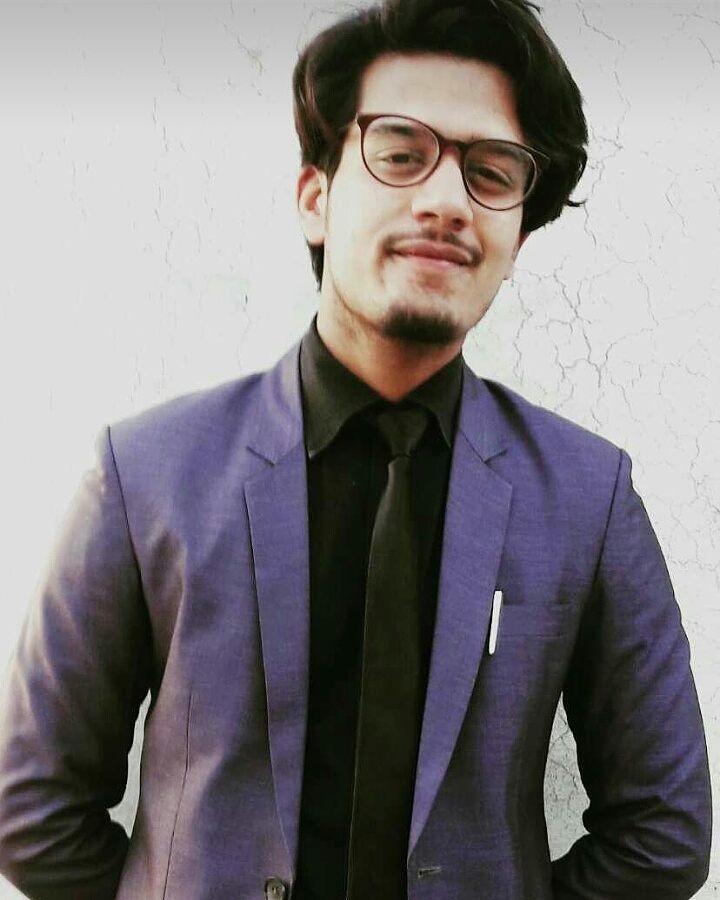 “Umair Siddique writes books, which, considering where you’re reading this, makes perfect sense. ‘The Man Who Lived The Ages’ is his debut novel.

Born and raised in Saharanpur, Umair belongs to a family of hearts. His father Mr. Tanveer Ahmed Siddique is an English professor. This maybe the reason to have English not only a language, rather a part of blood in his veins. He was just twelve years old when he lost his mother, Mrs. Lubna Tanveer. Facing hardships at a very young age, he decided to do something big in life. Fortunately, he found mother’s love in his aunt who took his care from his childhood. Her name is Mrs. Asma Safir. He calls him Mumma and dedicates his novel to her. As she has always been a pillar of his success. She is a lady who he admires a lot as she not only took his care but also she has been more than a mother for his younger brother Usaid. He was two years old when his mother left this world. From that time to present, he has never felt a the deficiency of mother’s love because of her.

Umair did his schooling from St. Mary’s Academy, Mission Compund, Saharanpur. He had a good upbringing with the literature. He started writing when he was in 9th standard. It was when he wrote a poem in Urdu for the School Assembly. After receiving a lot of appreciation for his work, he decided to write more.

He wanted to write about space and research programmes which eventually he will follow in the coming years. At times, he faced financial crisis, he couldn’t work on his dream to become a Scientist. He had to handle certain circumstances at a very young age. Instead of giving up on the face of adversity, he faced it with a positive attitude.

At present time, he is a well known Mathematics teacher in the town following the legacy of his Father. He dreams that his students fullfill the dreams of their parents and plays a part of inspiration for them.

His belief is “”Climb the stairs to success with a goal, discipline and determination. Don’t go tired, working on it, bring on your tools start working, never stop climbing unless you are dead.””

As the passion of writing never left him, he penned down his emotions. He believes in writing concisely, so that the audience doesn’t feel bored. ‘The Man Who Lived The Ages’ is a sheer piece of three long years of hard work of his life.

Books by Umair Siddiqui
Other author