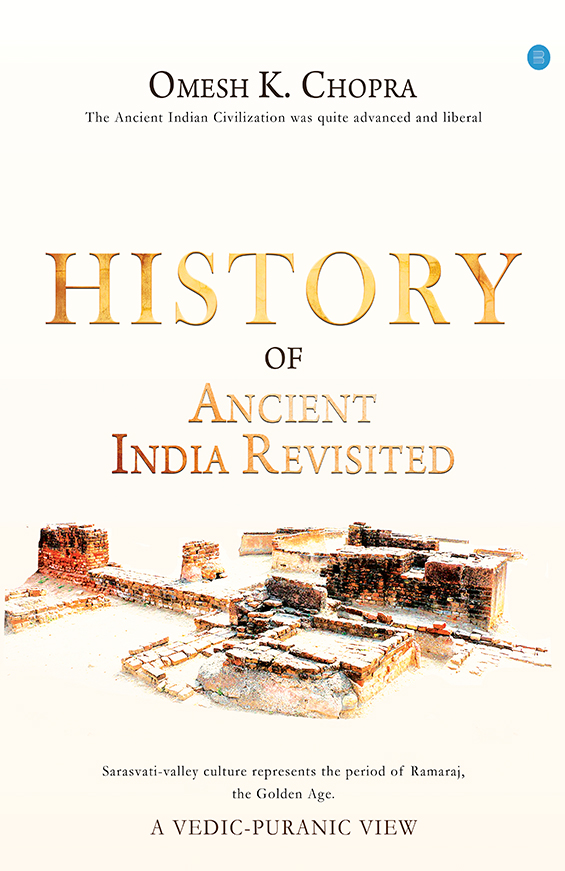 The Vedic-Puranic literature as well as archaeological, geological, historical, linguistic, and literary accounts have been reviewed to establish the various cultures that evolved in ancient India from about 3500 BCE to the Mahabharata War (1450 BCE). The book describes various misconceptions, e.g., the myth about an Aryan invasion. The following markers are used to establish the dates and geographical locations of various cultures: (i) The rise in sea levels due to melting of land-based snow after the last Ice Age. (ii) Migration of the Dravidian people from the lost continent of Kumari Kandam that submerged under the Indian Ocean. (iii) The dates for the start of farming, use of kiln-baked bricks, domestication of horses, and metal working in the Indian subcontinent. (iv) The dates when Sarasvati River dried up and the Mahabharata War occurred. The book notes that asva-containing or rath-containing names could not have existed before horses were domesticated or chariots were in use. The book also notes that Mathura Krsna is different from Dwarka Krsna; the two are separated by more then 1000 years. During Mathura Krsna’s time, conflicts were settled by hand-to-hand combat or with the use of a mace. In contrast, during Dwarka Krsna’s time, metal arms were used.

Meet the Author
Omesh K. Chopra
Dr. Omesh Chopra retired in 2016 from Argonne National Laboratory as a Senior Scientist after 42 years service. He is now living in San Mateo, California. Omesh completed his graduation from Allahabad University, Birla Engineering College, Pilani, Indian Institute of Science, Bangalore, and University of Waterloo, Canada. Dr. Chopra has published more then 150 topical reports and technical articles in International Journals. However, his life-long desire was to write about the true history of ancient India and not a colonial version of history. This book is the product of 40 years of research and many weekends in the University of Chicago library.