IMPACT OF CRICKET ON THE YOUNGEST INDIAN 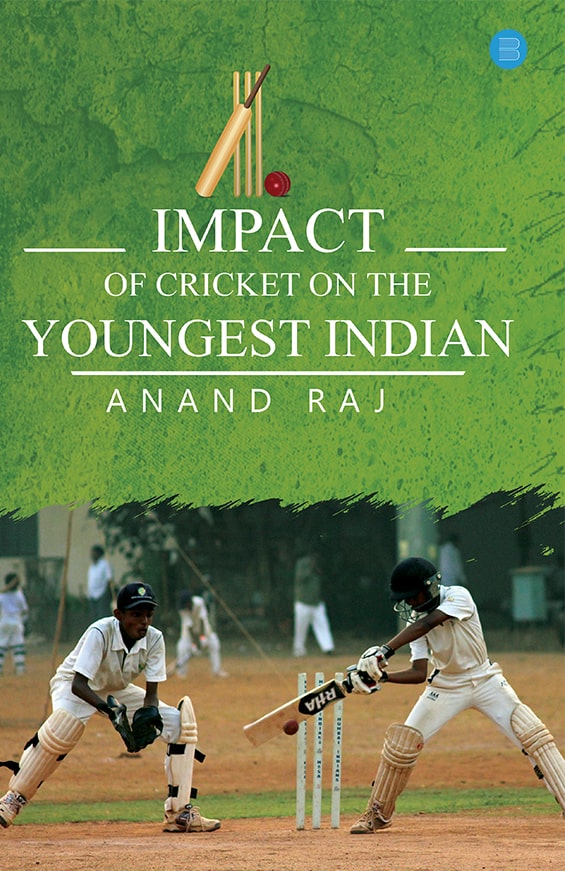 ““The world has changed due to globalization, and human beings have changed due to digitization.”The people of the world have become puppets in the hands of technology, internet, telecommunications, and visual media. This can be seen in all the sectors, including that of games and sports. The tornado of technology began in the 21st century; started by millions of talented minds. These two phenomenon—globalization & digitization, have transformed this world, bringing it to the palm of our hands. Human beings have become completely paralyzed because of these technological developments in the modern times. Games and sports are the only activities today that are undertaken in the real sense, that make us fit, fine, and healthy, round the year. So, the book……………
“Impact of Cricket on the Youngest Indian” is explicit in itself. Though, the book has been written in three parts keeping its essence for the readers. These are:-
a. Genesis of Cricket. Genesis of cricket as sport since 1597 in England. Details of first ODI in 1844 and first test match played from 15-19 March 1877 at MelbourneCricket Ground between Australia and England. History of Women cricket in the world and how Indians cherished cricket; discarding indigenous sports. Role of Coach is pivotal character; can be read in this part.

b. Impact of Cricket. Impact of cricket on youth Indian. Its pros and cons has been delved and brought under this part. Misappropriation of power, money and corruption in the BCCI may be the focal topic to study. Crazy of cricket fans and their attitude have been analyzed and brought into notice to the parents of such youth. Factual value and benefits of sports can be understood by reading this part.

c. Gist of Cricket. It includes Rules, Laws and summary of cricket.
“

“IMPACT OF CRICKET ON THE YOUNGEST INDIAN” Cancel reply