Who Killed the Boss 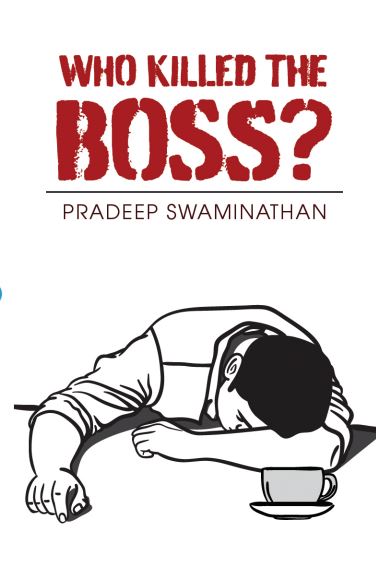 Bishal Dev Bandhopadhya was a brilliant individual but a terrible boss. He held a senior position in an organisation of repute in Bangalore. One afternoon, Bishal is found collapsed on his table and dies soon after he is taken to the hospital. His coffee has been laced with poison. Is this murder or suicide? Prakash Chari resigned from a multi-national to start his own detective agency. In the one year that the detective agency had operated, they were lucky in solving a number of varied cases. This is their first big challenge. Everything seems to point towards suicide, but Prakash and his team are not convinced. Luckily for Prakash, he has a great team: Pramod – a retired police detective, Gautam – an ex-colleague and a great friend, Jayanthi – an attractive software engineer who is also a skilful hacker. Hardly anyone liked to work under Bishal and on his death, none of his colleagues at the corporate office were sad; on the contrary they seemed to be relieved. As the agency continues its investigation, the pressure is on to close the case as a suicide. When they stumble on the truth, they don’t like what they have discovered. This fast-paced book takes you through the mind of a young detective as he finds himself in the middle of a corporate power struggle where the winner’s stake is one of the most profitable companies in India.

Meet the Author
Pradeep Swaminathan
Pradeep Swaminathan has had a successful career as a corporate executive. He has held positions on the board of listed companies. In his second innings, he works for an NGO which helps farmers market their produce directly to the consumers. He has drawn on his corporate experience to highlight the importance of the effect of the behaviour of senior executives on the morale and motivation of their employees and loyalty to the organization. He discovered the joy of storytelling while narrating bedtime tales to his children. His articles have been published in the Reader’s Digest and The Hindu. His first book was privately circulated and was given a good review by The Hindu. This book is his first to be published.