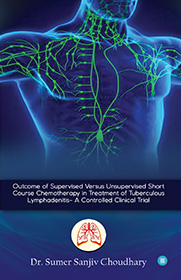 Tuberculosis is a disease affecting human beings since time immemorial. It is one of the biggest challenges to mankind, even after 100 years of its discovery. This epidemic is threatening today in the form of resistant tuberculosis. Tuberculous lymphadenitis is a common presentation of this disease, with HIV increasing the incidence as well as prevalence. The main aim of this research was to study the outcome of peripheral tubercular lymphadenopathy in both groups, compare the factors affecting outcome, and study the extent of drug toxicity in both groups.We reviewed the literature in systemic manner from as early as 1950’s to the latest research studies. The review of literature, observations, and discussion was done for various risk factors like Age, Sex, Symptomatology, Site, Cytomorphological features, Tuberculin Test, Outcome of Treatment, Favourable – Unfavourable Events, and Drug Toxicity. The important findings of the study can be summarized as follows: Maximum numbers of patients – 40% – were in the age group 21-30, with a majority of them being males – 55%. The commonest symptom was fever, found in 55% patients. Cervical/supraclavicular was the commonest site, most of them tuberculin positive. During the course of treatment, 28.45% developed cold abscess. Drug toxicity in the form of hepatitis, neuropathy, and gastritis was found to be more in their daily regimen. The treatment completion was slightly higher in directly observed treatment. The unfavourable outcomes were slightly higher in daily regimen. These findings suggested that supervised chemotherapy is similar and satisfactory as compared to daily regimen. The supervised intermittent chemotherapy showed better case holding, improving the treatment completion and resulting in favourable outcomes in patient.