The Success Story of Indian Cricket

Add to Wishlist
Books of Dr.S.RAMARATNAM 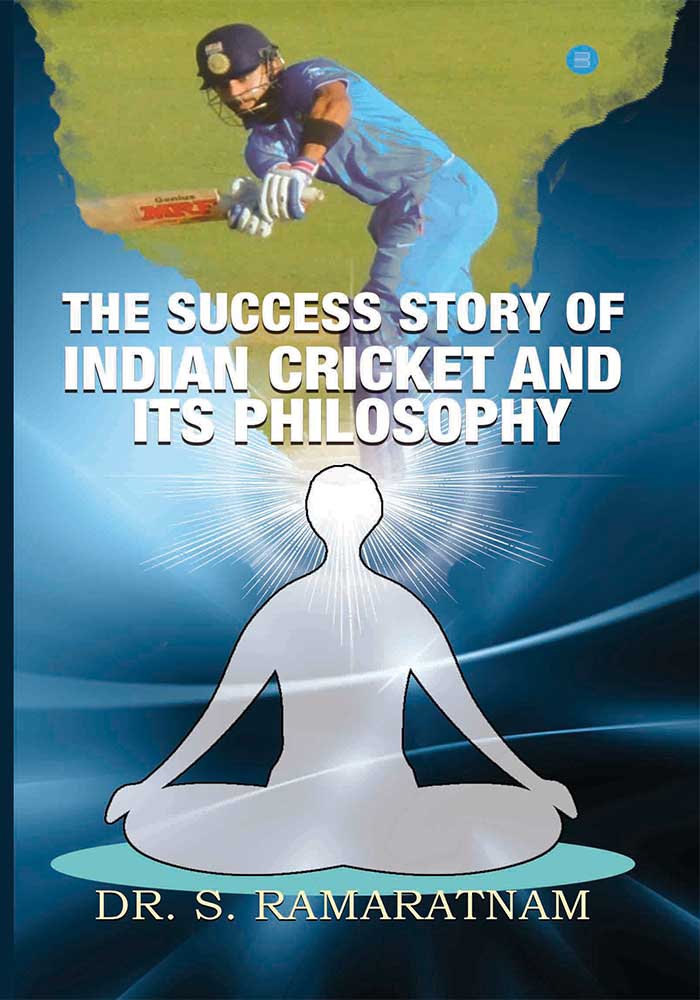 Herald Pinter (1930-2008) was a British author who won the Nobel prize for Literature in 2005. He said about cricket, ‘I tend to think that cricket is the greatest thing that God ever created on earth.’Morals and values are the things that make a human life complete. We only emphasize on Universal values that can be followed by all the people of the world, irrespective of their caste, creed, language, religion, sex, nationality and the like. The human tendency is such that if they are forced to follow something they will resist it. Character and behaviour have to be moulded carefully over the years. So how do we do that? This is where one thought cricket could be useful. If values can be taught through stories why should it not be done through cricket? This is the motto behind writing this book. In the first chapter which is an Introduction to the volume, the role of philosophy in cricket is discussed. In the other chapters also, a judicious mixture of cricket and philosophy is served out in order to make it look like a delicious dish made out of milk and sugar. It is for the readers to enjoy it.

Meet the Author
Dr.S.RAMARATNAM
Dr.S.RAMARATNAM is the Vice Chancellor of Jagadguru Kripalu University, Odisha. He was also the Principal of Ramakrishna Mission Vivekananda College, Chennai. Dr.Ramaratnam holds M.A., M.Sc., M.Phil., Ph.D., and M.B.A. Dr.Ramaratnam is truly a multi-faceted personality, that he is. He has been awarded titles such as Samskrta Ratna, Shanti Doot, Sahitya Vallabha, Kala Sastra Parangata and Bharata Kala Nipuna. He has worked as Visiting Professor at Oxford University and Mauritius University. Dr.Ramaratnam has presented papers in conferences held in Germany, Holland, Austria, Australia, UK, USA, South Africa, China, Thailand, Malaysia, Singapore and Mauritius. He has published many books on varied subjects.