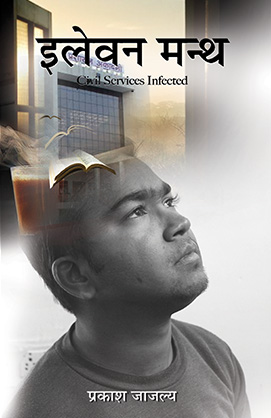 About the book—-After being successful in the civil services, a person’s world turns around, He becomes the ideal and the undeclared advisor for other aspirants, his social status is now uplifted. But behind the eve of his successful accomplishments, many sleepless nights, wasted days, breaking relationships, are a long story of failed attempts…… A middle class young boy who’s interested in the examination of civil services, a boy of small town, he goes to a big city looking for better career opportunities. He’s studying in a coaching, while struggling with economic problems, being with friends, fighting for his own existence. Also encounters world’s dual attitude, does fun, attends monotonous classes, understands the consumer culture rooted in coaching centres. Despite of being a part of all this he can’t rebel, the love of his life left him broken, sometimes alone facing the worst phase of his career and even after studying for hours, he faces failure in the state of his chaotic mental being, he tackles his depression and……….?????